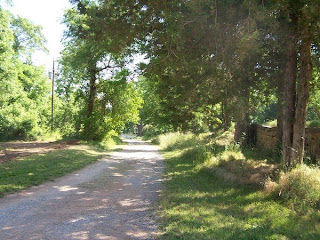 Learning of the appearance of Marmaduke's Confederates at Cane Hill and the skirmish involving his cavalry on the 25th, Union Brig. Gen. James G. Blunt sent dispatches to Brig. Gen. Francis J. Herron in Missouri calling for reinforcements and began a movement down from Benton County to attack the Confederate cavalry.
Due to the rough nature of the roads and time needed to get his force organized and moving, it was daybreak on the morning of November 28, 1862, before he pushed out of a ravine and advanced down the road into the northern edge of Cane Hill.
The Confederates were alert and knew he was coming. As Blunt emerged into the open ground, he found them arrayed in line of battle before him. This following account of the opening shots of the Battle of Cane Hill come from Gen. Blunt's report in the Official Records series:
Dashing on, and driving them before us, a few hundred yards brought us to where the bluff on the right terminated, and in full view of the enemy, who were posted on the right of the road, on elevated ground, with timber in their rear, their guns in battery, bearing upon the road on which I was approaching, and from which they immediately opened a brisk fire. I at once ordered Rabb’s battery into position, and also the two howitzers under Lieutenant [E.S.] Stover, when a fierce cannonading ensued, which lasted for the space of nearly an hour.
Our series on the Battle of Cane Hill, Arkansas will continue. Until the next post, you can read more by visiting www.exploresouthernhistory.com/ARCaneHill.
Posted by Dale Cox at 11:11 AM