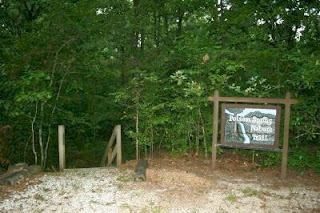 The allegations that Union soldiers were massacred as the fighting deteriorated has long clouded the memory of the Confederate victory at the Battle of Poison Spring.
The story of what happened as the Union lines broke, in fact, is remarkably similar to the situation at the so-called "Fort Pillow Massacre" in Tennessee when General Nathan Bedford Forrest's men overran a Federal position and pursued black Union troops down a bluff to the edge of the Mississippi River. In both cases, Southern troops were later accused of murdering African American soldiers.
Based on the surviving documentary evidence, there can be no doubt that killings did take place at Poison Spring as Union soldiers fled the battlefield. One Confederate participant wrote after the battle that he saw black Union soldiers being killed by Choctaw warriors fighting with the 1st and 2nd Choctaw Regiments of the 2nd Indian Brigade. These warriors were outraged over raids carried out by Union soldiers from Fort Smith, Arkansas, into the Choctaw Nation earlier that year. Homes had been burned, crops destroyed, family possessions looted, women and children harmed or left homeless and men killed. The Choctaw soldiers, as might be expected, took this personally and when the Federal lines broke at Poison Spring, they did "kill and scalp some" as one eyewitness wrote.
Other eyewitnesses, however, reported that the African American soldiers of the 1st Kansas Colored so prized their weapons that they fled the battlefield clinging desperately to them. If this is correct, which it probably was, then Confederate soldiers confronting them would still have considered the men armed combatants. A very similar situation was reported at Fort Pillow as well.
It should further be noted that Colonel James Williams, the Union commander at the battle, reported that "fully one-half of my infantry engaged were either killed or wounded" before the final Confederate assault broke the Southern lines and forced the Union troops to retreat. This is fairly consistent with post-battle casualty totals.
It should also be noted that muster rolls and other documents reveal that the total loss in killed for Union troops during the battle was much smaller than is often stated. Although many sources report that 236 or more Federal soldiers were killed at Poison Spring, the actual verifiable number was 124. Several others died in hospitals after the battle.
It should be noted that the 1st Kansas Colored did suffer by far the most severe casualties in the battle. It must also be considered, however, that the regiment was positioned at a point on the battlefield where it was attacked both in front and from the flank and also was under heavy cannon fire from two directions. The regiment was hit by the main Confederate attack and by all accounts the men fought with great courage.
In short, while there is evidence that men were killed after the main fighting at Poison Spring, the evidence is not so compelling as to warrant allegations of an intentional massacre of Union troops.
To learn more, please visit www.exploresouthernhistory.com/poisonspring.
Posted by Dale Cox at 3:08 PM

My name is Brandon Samuels and I really liked reading your post. With your interest in the American Civil War, I thought that you might want to know about a new website, timelines.com. The idea is to create an interactive historical record of anything and everything, based on specific events that combine to form timelines. We're trying to achieve a sort of user-created multimedia history, in which no event is too big or too small to record. Feel free to create events using excerpts and/or links from your blog. You will generate traffic and awareness of your blog, and you will be contributing to the recording of history.

Check out this timeline about the American Civil War, so far it is a work in progress and we would definitely love for more people to contribute. http://timelines.com/topics/american-civil-war/page/1.

Give us a try and let me know your thoughts.

Excellent post. I appreciate your insights concerning the alleged massacre of Union POWs.

I appreciate the kind words. There are different ways to view the evidence, of course, but that is my take on it.