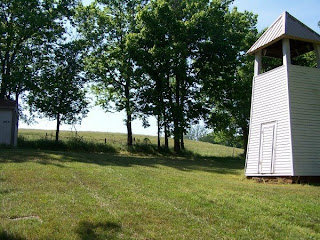 One of the more fascinating Civil War actions in Arkansas took place on November 28, 1862, during the opening phases of the Prairie Grove Campaign.
An estimated 5,000 Union troops led by Brigadier General James G. Blunt attacked three brigades of Confederate cavalry commanded by Brigadier General John S. Marmaduke at the Battle of Cane Hill. The Southern troops had crossed the Boston Mountains from the Arkansas River in the opening move of Major General Thomas C. Hindman's march that would end at the Battle of Prairie Grove on December 7, 1862. For nine hours, Marmaduke's outnumbered Confederates fought a delaying action that raged across miles of mountains, valleys and ravines.
You can learn more about the Battle of Cane Hill, see photographs of the battlefield and read transcriptions of both Union and Confederate reports of the fighting at the newly updated www.exploresouthernhistory.com/ARCaneHill. You can also pre-order Fields of Blood: The Prairie Grove Campaign, William L. Shea's soon to be released hardcover book at the site.
Posted by Dale Cox at 3:36 PM