New Webpage Available on the Battle of Fort Smith 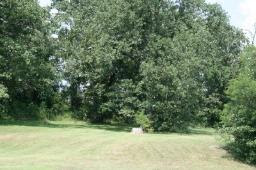 Continuing with my efforts to provide more information on the history of Arkansas online, I have a new webpage up on the Battle of Fort Smith. This is an extension of the pages I have put up over the last couple of years on Fort Smith and the Battle of Massard Prairie. You can check it out at www.exploresouthernhistory.com/battleoffortsmith.

This engagement took place on July 31, 1864, when Confederate forces led by Brigadier General Douglas H. Cooper launched a major demonstration against the fortifications protecting the southern approaches to Fort Smith. Inspired by General R.H. Gano's successful attack at the Battle of Massard Prairie four days earlier, Cooper hoped to surprise outlying Union picket posts, capture livestock and supplies and provide an opportunity for pro-Southern families in the area to evacuate.

Moving up at dawn, the Confederate struck from multiple directions at once. One column, led by General Gano, crossed over to Massard Prairie again hoping to repeat the success of the 27th. A second small party, composed of Native American riflemen, moved down the peninsula formed by the confluence of the Poteau and Arkansas Rivers to fire into the main garrison of Fort Smith. The two largest columns, meanwhile, moved up the Fort Towson (today's Towson Avenue) and State Line roads. The advance was led by the famed Cherokee, Brigadier General Stand Watie.
The fighting went about as Cooper had planned. For the next several hours, the Confederates battled a force of Federals who came out of the Fort Smith defenses to fight. Their mission accomplished, they finally withdrew after capturing or destroying an estimated $130,000 in Union supplies.

To learn more, please visit the new page on the Battle of Fort Smith at www.exploresouthernhistory.com/battleoffortsmith.
Posted by Dale Cox at 5:00 PM No comments: 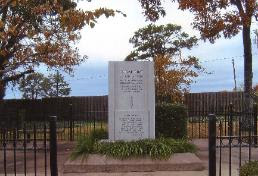 With the exception of John Brown's raid on Harper's Ferry, perhaps the most widely reported episode leading up to the War Between the States was the U.S. Army's campaign against the members of the Church of Jesus Christ of Latter-day Saints in Utah.

Called the Mormon or Utah War, the anti-climactic campaign involved key officers of the U.S. Army and consisted of a long and difficult march across the Great Plains to Utah, where President Franklin Buchanan had come to believe that Brigham Young and his followers were spoiling for a war with the United States. The LDS Church members had organized a large militia force, a small portion of which was involved in one of the most tragic incidents of the 19th century.

At a place called Mountain Meadows in Southern Utah, a small force of militia joined with local Native American warriors to attack and massacre a large party of emigrants who were making their way from Arkansas to California. After suffering through an ambush and siege, the members of the Baker-Fancher wagon train were convinced to surrender on September 11, 1857. Every adult and teen in the party was then slaughtered without mercy. At least 120 died.

It has never been conclusively proved, but many researchers believe that the massacre was instigated in part by an incident that took place in Crawford County, Arkansas, in 1857. Parley P. Pratt, a key leader of the LDS Church and member of its Council of Twelve Apostles was brutally murdered by Hector McLean and six other men on the Wynn farm near present-day Alma.

McLean was the estranged husband of one of Pratt's twelve wives, a woman named Eleanor McLean. Pratt had been arrested near Fort Gibson in the Cherokee Nation after McLean swore out a writ against him, accusing him of theft. The items allegedly stolen were the clothes being worn by Eleanor's children. Brought to Van Buren, he appeared in court and was released. Realizing that McLean was hard on his trail, Pratt hoped to avoid violence by riding alone north into the Boston Mountains and then hitting a road back into the Cherokee Nation.

Instead, he was cornered just off today's Interstate 540 by McLean and six of his followers. Without arms to defend himself, the LDS apostle was stabbed and shot. He died about two and one-half hours later. He was buried on the Wynn farm, where the grave site is marked today by a stone memorial. His murder has been listed by some writers as one of the reasons LDS Church members in southern Utah took it upon themselves to slaughter the Arkansas emigrants.

To learn more about the assassination of Parley P. Pratt and his grave site near Alma, please visit www.exploresouthernhistory.com/parleypratt.
Posted by Dale Cox at 5:01 PM 4 comments:

Interesting Account of the Battle of Van Buren, Arkansas 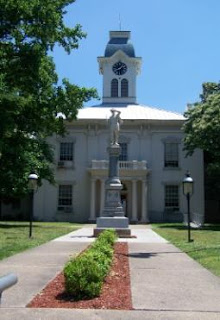 The following is a report on the Battle of Van Buren (December 28, 1862) that appeared in a Maine newspaper just four days later. The speed with which reports of battles in western Arkansas reached newspapers in the far Northeast is remarkable when it is considered that just a few years before, it would have taken weeks for the news to arrive. The report was datelined Fayetteville, December 31, 1862:

Additional particulars of the raid to Van Buren have been received. Our army was 10 miles this side of Van Buren yesterday, and would bivouac on the mountain top last night, and expected to reach Prairie Grove again today. Gen. Schofield joined them a few miles beyond the foot of the mountain. The steamers violet, Rose Douglas, Frederick Mortrede [Nortrobe], Erie, No. 6, and Van Buren, with their cargoes of grain and provisions for the rebel army, were burned, also a large amount of army stores. The rebels burned their arsenal and ferry boats at fort Smith, to prevent them from falling into our hands; also a large quantity of provisions on the opposite bank of the river. A general conflagration was in progress when our forces left.

The raid on Van Buren clearly demonstrated the shattered condition of the Confederate Army of the Trans-Mississippi, despite the fact that it had fought a superior Union force to a draw at the Battle of Prairie Grove just a little mor than two weeks earlier. The capture of the Arkansas River town was a major blow to the prestige of Confederate forces in the area, although the Federals were unable to permanently exploit their ability to cross the mountains and withdrew back to their camps in Northwest Arkansas for the winter.

To learn more about the Battle of Van Buren, please visit www.exploresouthernhistory.com/vanburenbattle1.
Posted by Dale Cox at 7:11 PM No comments:

Northern View of the Battle of Cane Hill, Arkansas 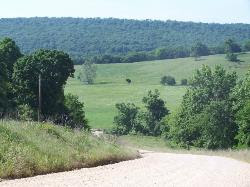 The following article appeared in newspapers across the North during the weeks after the Battle of Cane Hill and provides a good idea of how the Arkansas engagement was viewed by the families of Union soldiers:

Springfield, Mo., Nov. 29. - Gen. Blunt with 5,000 federals attacked and routed about 8,000 rebels under Gen. Marmaduke at Cane Hill, Arkansas, on the 20th killing 60 and driving the balance some 12 miles. Gen. Blunt telegraphs that the enemy is badly whipped, and will not probably venture North of the Boston Mountains again this winter, and as they have consumed all the subsistence in the valley of the Arkansas, they must soon retreat to Texas. (Wisconsin Weekly Patriot, December 6, 1862, p. 5).

Reports like this led Northerners to believe that General James G. Blunt had achieved a major victory at Cane Hill, a battle that actually would prove to be a significant but preliminary action to the major engagement at Prairie Grove on December 7, 1862.

In fact, the Confederate forces under General John S. Marmaduke had nowhere near 8,000 men and were actually outnumbered by Blunt's Federals. The fight actually took place on November 28, 1862, and did take place over miles of terrain, as reported by the dispatch from Springfield. Southern losses, however, were nowhere near 60 killed and the supposition by General Blunt that the campaign in Northwest Arkansas was over for the winter almost proved disastrous to him just nine days later.

To learn more about the Battle of Cane Hill, please visit www.exploresouthernhistory.com/ARCaneHill. The site includes photographs of the battlefield, Union and Confederate accounts of the battle and an in depth summary of what happened there.
Posted by Dale Cox at 11:51 AM No comments: