The Battle of Devil's Backbone, Arkansas 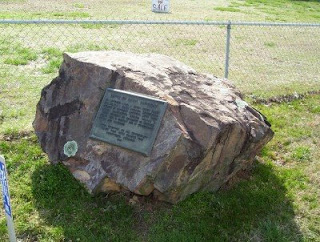 Beginning tomorrow I will start a new series on the Battle of Devil's Backbone and the important battlefield as it appears today.

This significant engagement took place near Greenwood in Sebastian County on September 1, 1863 between Confederate forces that had been forced out of Fort Smith and a pursuing command of Federal troops. The Southerners formed an ambush along the slopes of the Devil's Backbone, a mountain ridge that extends east-west across the horizon. The Union force ran headlong into it.

The battle resulted in a heavy exchange of artillery fire and fighting along the slopes of the ridge.

Over the next week or so, we will explore this historic battle and look at surviving areas of the battlefield. Please check back tomorrow for part one!
Posted by Dale Cox at 12:17 PM

Dale,
Has anyone published any good articles (esp. the peer reviewed type) about this battle?

Good to hear from you. I am not aware of any. The CWPT recently acquired some acreage behind the ridge and they may have something, but I haven't seen it yet.