The Battle of Dripping Springs, Arkansas 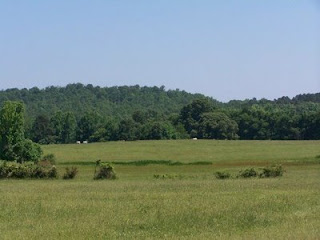 In a post earlier today, I discussed the Battle of Van Buren, Arkansas. The engagement was preceded by a smaller fight several miles north of Van Buren at Dripping Springs.
When General Thomas Hindman had withdrawn his forces back to Van Buren and Fort Smith in the days following the Battle of Prairie Grove, he ordered Lt. Col. R.P. Crump and the 1st Texas Partisan Rangers (30th Texas Cavalry) to take up a position at Dripping Springs to watch for any movement across the Boston Mountains by the Union Army of the Frontier.
Crump and his men set up camp on the north slope of a commanding ridge, where they could observe the main road leading south from the mountains to Van Buren. Pickets were posted up the road to provide advance warning of any threat to the camp.
As the Union army moved out of the mountains on the morning of December 28, 1862, with 8,000 men and 30 pieces of artillery, they were alerted to the presence of Crump and his men by a local Unionist civilian. Generals James G. Blunt and Francis Herron moved forward with 3,000 cavalrymen and 4 pieces of artillery to engage Crump's regiment.
The Federals came into position on the level ground below the Confederate camp and formed a line of battle that stretched through both woods and open fields. In the mass charge that followed, they drew sabers and stormed across the fields. The Confederates, outnumbered by more than 4 to 1, resisted briefly before withdrawing from their camp and retreating up the road to Van Buren. The Union troopers went up and over the ridge and pursued Crump's men into the streets of Van Buren.
To learn more about the Battle of Dripping Springs, please visit our newly updated pages at www.exploresouthernhistory.com/ARDrippingSprings1.
Posted by Dale Cox at 5:52 PM