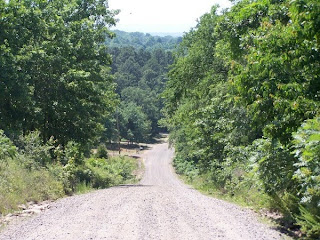 At a Christmas party in Washington County, Arkansas, in 1862, Union General James G. Blunt decided the time had come to water his horse in the Arkansas River.
Blunt was feeling bold. Just three weeks earlier Confederate General Thomas Hindman had stolen a march on the Federal forces in Northwest Arkansas and came within a hair's width of destroying them. The result was the Battle of Prairie Grove, fought on December 7, 1862. Although Hindman handled his army better in the fight, he didn't have the ammunition, food and other supplies to continue the battle the next day. As a result, the Southern army withdrew during the night and returned to its base at Van Buren and Fort Smith.
The Union army moved up and occupied the battlefield the next day and spent the next three weeks refitting, burying the dead and taking care of the wounded. By Christmas Day, however, Blunt was again ready for action. At a party that night, he and his key officers decided to risk a sudden raid across the Boston Mountains to see if they could draw Hindman into a second battle.
Observing extremely tight operational security, Blunt and his second-in-command - General Francis J. Herron - spent December 26, 1862, preparing plans and issuing orders for the expedition. They would try to cross over the mountains to Van Buren on the north bank of the Arkansas River. The raid would result in the Battles of Dripping Springs and Van Buren and would begin the next morning.
I'll post more on the 1862 raid tomorrow, but you can read more at www.exploresouthernhistory.com/vanburenbattle1.
Posted by Dale Cox at 6:27 PM