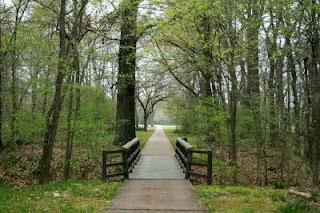 The Battle of Arkansas Post was a direct result of the seizure of the Union steamer Blue Wing on the Mississippi River by Confederate forces in late 1862. The vessel and the supplied it carried were taken up the Arkansas River to Fort Hindman.
At about the same time, General John A. McClernand had taken command of troops operating north of Vicksburg following the repulse of General William T. Sherman at Chickasaw Bluffs. The move was extremely controversial as many army and navy officers considered McClernand a political opportunist.
Despite his own displacement by the Illinois politician turned general, Sherman urged Rear Admiral David D. Porter to cooperate with McClernand. As a result, a plan for a joint expedition against the Confederate works at Arkansas Post was developed.
The U.S. Navy committed a substantial flotilla to the campaign. The vessels included the notable ironclads Baron DeKalb, Cincinnati and Louisville as well as other warships, gunboats and transports.
The land force consisted of more than 30,000 men.
Against this powerful army, the Confederates would field around 5,000 men under Brigadier General Thomas Churchill. Much of the Southern force consisted of dismounted cavalry, but they would prove formidable opponents for the oncoming Federals.
The move against Arkansas Post would prove controversial. McClernand had secured the approval of President Abraham Lincoln for a campaign against Vicksburg, but he decided that the conquest of Fort Hindman should be be given priority. This was strongly counter to the opinion of many Union military leaders, including General Ulysses S. Grant.
While he hoped to steal a march on the Confederates at Arkansas Post, McClernand actually stole a march on his superiors in the Union military. He moved against Fort Hindman without first informing either General in Chief Henry Halleck or President Lincoln.
As our series continues, we will look closer at the opening stages of the battle including McClernand's approach and Churchill's response. Until the next post, you can read more by visiting www.exploresouthernhistory.com/arkansaspost.
Posted by Dale Cox at 12:05 AM