Fort Smith during the Civil War 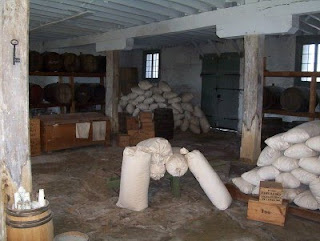 Following its seizure by the state militia in April of 1861, the post of Fort Smith and the adjacent community bearing its name entered one of the most turbulent periods of Arkansas history.

Confederate troops occupied Fort Smith for the first two years of the Civil War, using it as a supply depot and base of operations. It served as a point of refuge for Southern soldiers following the disastrous Pea Ridge Campaign in March of 1862 and was the center of General Thomas Hindman's efforts to build a new Army of the Trans-Mississippi later that year in anticipation of his Prairie Grove Campaign.

Thousands of men camped on the hills and prairies surrounding Fort Smith, while quartermasters and commissary officers did their best to obtain uniforms, shoes, weapons, ammunition and food for the soldiers.

Even after Hindman withdrew what remained of his army from the vicinity in December of 1862, Fort Smith remained in Southern hands. Finally during the final days of August 1863, however, the Union army of General James G. Blunt closed in on the fort from the west. After moving into position along the nearby Poteau River to block the Federal approach, Confederate General W.L. Cabell decided he could not hope to hold Blunt in check.

Withdrawing from the Poteau River position on the night of August 31, 1863, Cabell evacuated Fort Smith and moved his his command to protect the supply wagons as they lumbered south across the mountain roads to Waldron, Arkansas.

Sending a large force of cavalry to pursue Cabell, Blunt occupied Fort Smith. For the first time in more than two years, the Stars and Stripes flew again over the walls of Fort Smith.